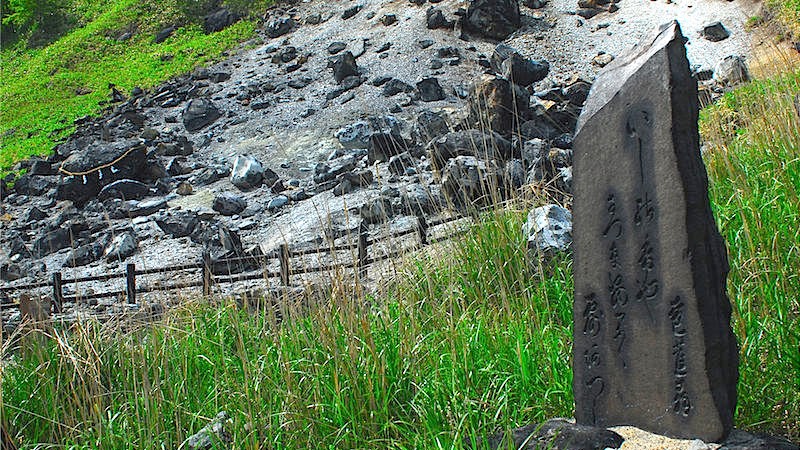 [Nasu Gaku Q&A24] Which of the following is “Basho’s haiku” that is said to have been associated with Nasu’s “killing stone”?

Nasu slaughter stone where the nine-tailed legend remains
Basho Matsuo, who left Kurobane, also visited around “Sesekiseki Seshoseki” behind Nasu Onsen Shrine with Sora.
Which of the following is the haiku that Basho Matsuo wrote for this killing stone?

(1) “Flying things are clouds only on stones”
(2) “Kasane is Yasashiko’s Nasushi Beshi”
(3) “Let’s go to the side of the field, take a horse”
(4) “Stone incense and summer grass red dew atsushi”

(3) Basho is said to be a poem that was desired by Makko. It means that you can hear the sound of Hototogisu as you go through the fields, and turn your horse to it.
(4) Basho Matsuo’s poem says that the slaughter stone has the scent of sulfur, that the summer grass, which should have been green, has died red and the dew, which should be cool, is boiling hot. 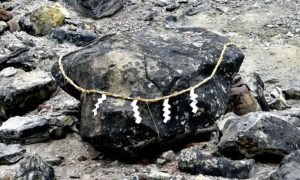 Due to the terrain near the slaughterstone, which is a terrain where toxic gas easily collects, toxic gas often drifts near the ground depending on the wind direction. You can feel the feelings of Basho Matsuo and Sora visiting such places from this haiku.

There are a number of Basho Matsuo and Sora poems in Nasu. It is also a good trip to follow the footsteps of Okunosendo while visiting such a monument.

*This exhibit is presented in the “Nasu Official Textbook III”.