A puzzle called “Sudoku” that I knew existed for a long time, but I had never done it.
It was one of the fun that I was excited about to try it for the first time when I was refraining from corona, which was published in the Saturday version of the Asahi Shimbun < 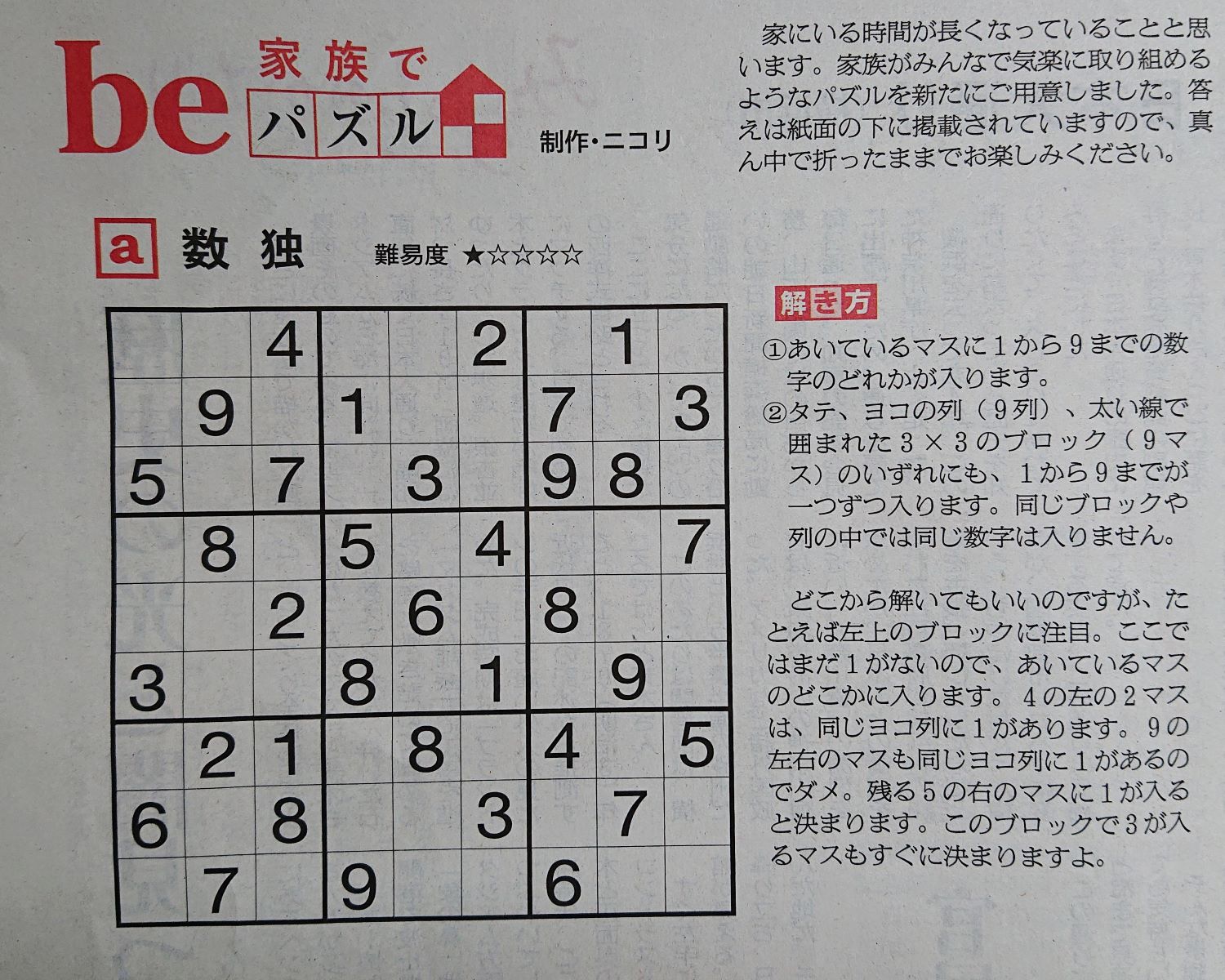 When I did it for the first time, I struggled with a pencil and an eraser, and the newspaper was in a black state.
After doing it several times, I got the hang of it, and I tried to assemble cells with Excel on my computer (Surface) and make notes so that I could make notes. 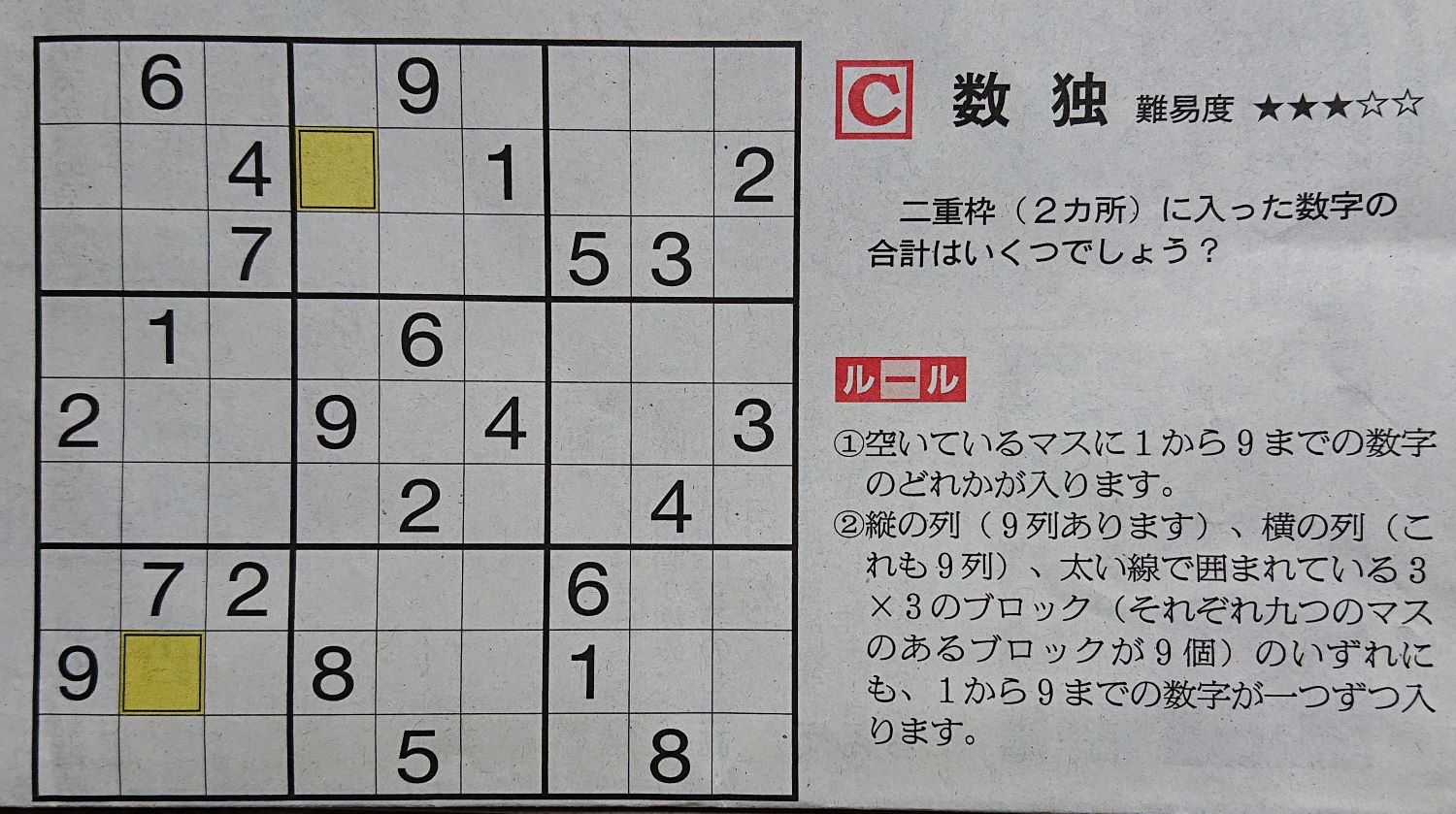 At first, it took half a day at the intermediate/advanced level, but it has grown to a level that can be deciphered in a small hour.
Focusing and not making small mistakes ultimately leads to the correct answer.

There is also this [Sudoku] smartphone app, which is very kindly made, so you can get to the correct answer in a short time even with the same concentration. Please try patience and concentration training once.
by Dai