[Nasu Gaku Q&A23] What is the name of the pottery business that was born in Nasu after the Meiji Restoration? 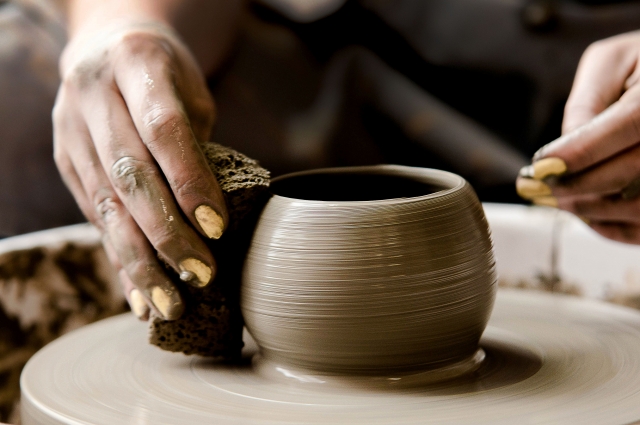 Tan’s potters live in the Nasu Kogen and Nasu areas, and they make their own works and life pottery in their own style. Many of the potters have moved to Nasu because of the production environment where they can devote themselves to pottery in nature, and the other reason is that they can teach pottery to tourists at a tourist spot. That is the reason.
・
Although there are many potters and many works have been born, there is no clay layer suitable for pottery in the Nasu area, so a brand name such as “Masuko” of pottery is Nasu. The current situation is that I do not have it.
・
However, once after the Meiji Restoration, a brand of pottery existed in Nasu.
Japan, which has begun to follow the path of modernization with the Meiji Restoration, has promoted the national policies of “rich country troops” and “farming industry”. In response to such movements, entrepreneurs were born nationwide and new industries emerged.
The answer was born in Nasu-machi, Umuroyaki Umuro was one of those projects.
・
Thin room ware that remains between Nasu-machi history visits Photo: Nasu-machi history visits
Thin room ware that remains between Nasu-machi history exploration
・ 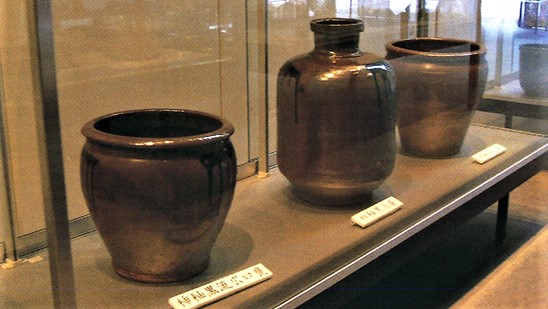 ・
[Thin room ware] was called “thin room ware” because it was baked in the “thin room area” of Takasu, Nasu-machi. According to the records, in the middle of the Meiji era, Masazo Hirayama (1865-1938), who lived there, opened a kiln and sold it to nearby towns.
Originally, it seems to be a kiln that draws the flow of Kasama ware in Ibaraki prefecture or Mashiko ware in Tochigi prefecture, and the remains of the kiln remain near the residence of Sadao Hirayama and in the estate owned by Satoshi Hirayama, such as a large pot of kaki glazed sake I was baking. Currently, it is a cedar forest mixed with bamboo.
・ 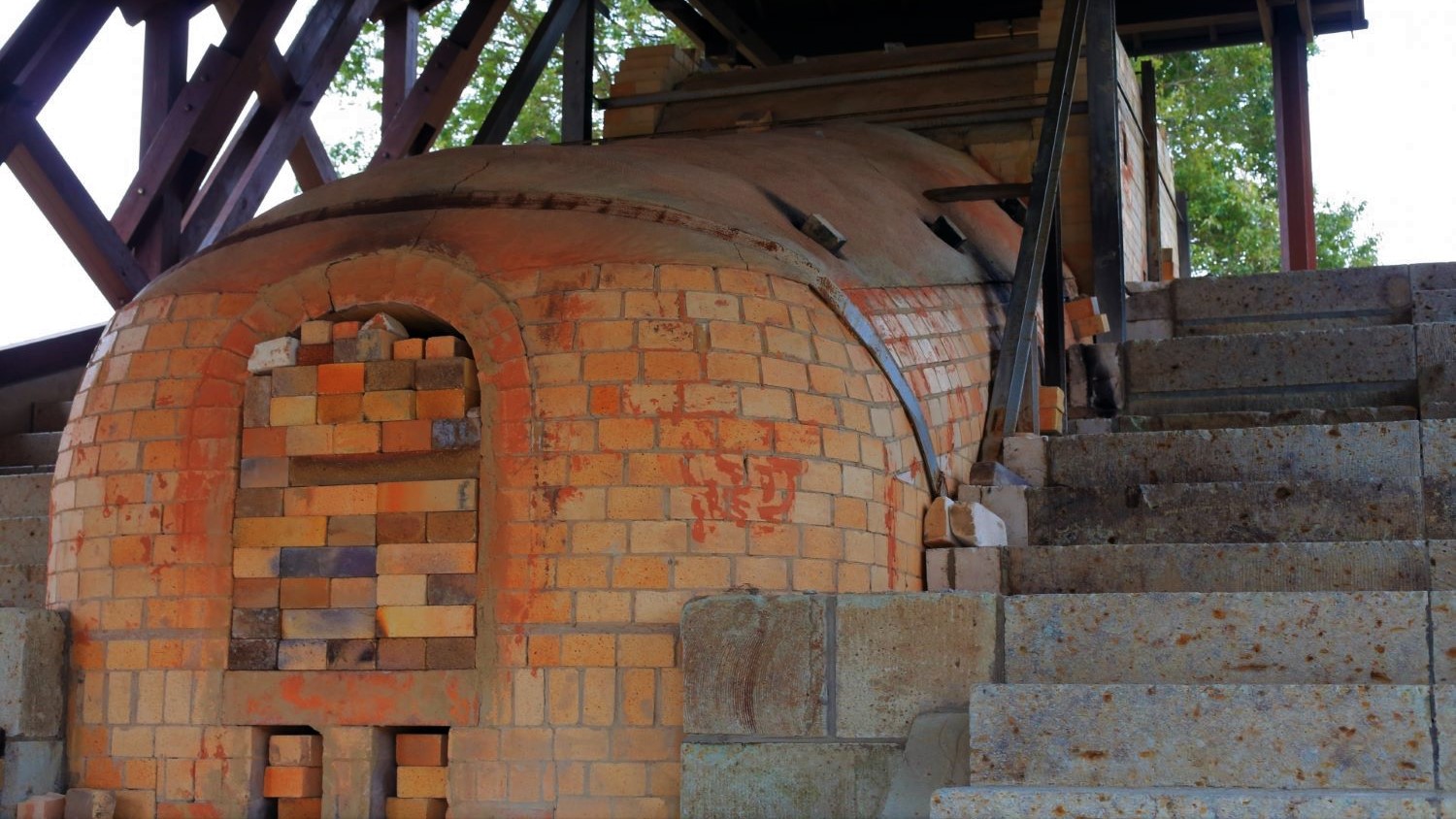 The current Kasama ware climbing kiln
Kasama ware climbing kiln
・
It seems that there is a votive tablet (93 cm long x 60 cm wide) dedicated to Masazo Hirayama and others in the nearby Fudosondo (I have never seen the place of Fudosondo. please).
It is said that two people praying with Fudo statue and liquor, baked pottery, and the house of the factory are drawn. “Dedication Meiji 24 years old 2

28th of October, “Our pottery manufacturing shop Masazo Hirayama, Noguchi-mura, Nakano-gun, Ibaraki Sekine Hyokichi-Senzo Hirayama” is written. is.
The operation of the kiln at [Thin room] is limited to the first generation of Masazo, and is now about to be lost from the memories of the people of Nasu.